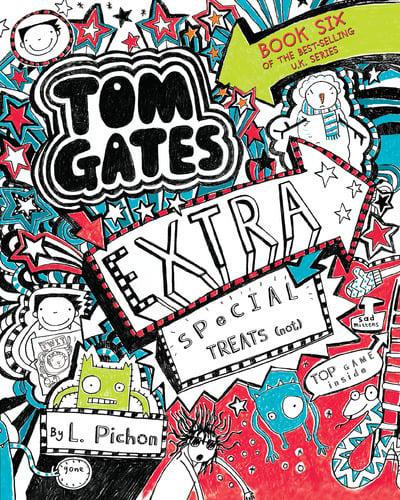 Tom’s hoping to be made a Star Pupil at school, but that means he needs to put more effort into his homework than his doodles. Easier said than done! Meanwhile, his grandparents (the Fossils) are about to celebrate their fiftieth wedding anniversary, and Uncle Kevin wants to plan something special. Then the cold weather turns to snow and school gets canceled, leaving Tom is snowed in at home with quite the crew, including his especially grumpy sister, Delia; his cousins, and his annoying classmate, Marcus Meldrew. Aren’t snow days supposed to be fun?