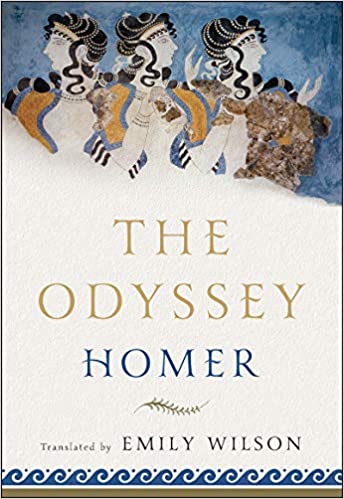 By: Homer, translated by Emily Wilson

Composed at the rosy-fingered dawn of world literature almost three millennia ago, The Odyssey is a poem about violence and the aftermath of war; about wealth, poverty and power; about marriage and family; about travelers, hospitality, and the yearning for home.

This fresh, authoritative translation captures the beauty of this ancient poem as well as the drama of its narrative. Its characters are unforgettable, none more so than the “complicated” hero himself, a man of many disguises, many tricks, and many moods, who emerges in this version as a more fully rounded human being than ever before.