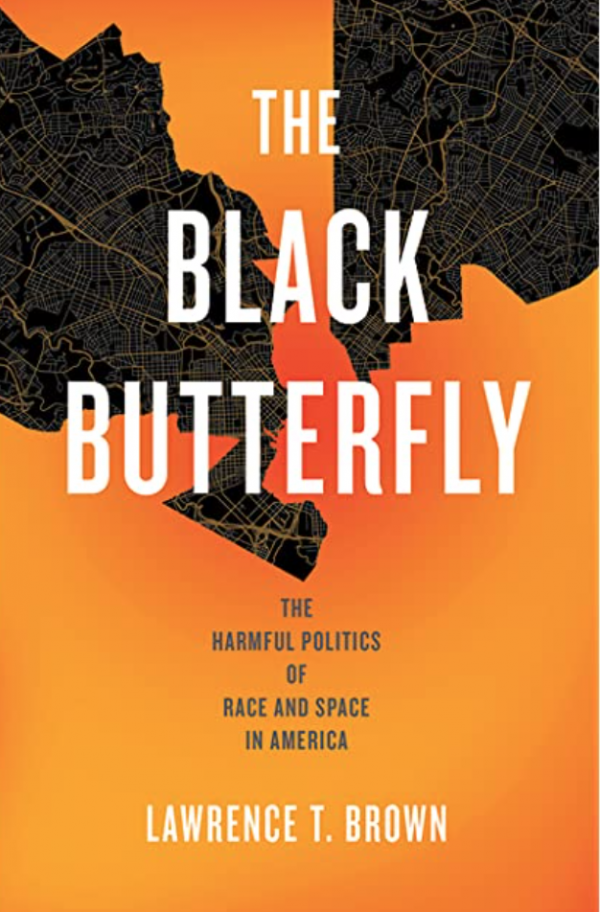 The Black Butterfly: The Harmful Politics of Race and Space In America

The world gasped in April 2015 as Baltimore erupted and Black Lives Matter activists, incensed by Freddie Gray’s brutal death in police custody, shut down highways and marched on city streets. In The Black Butterfly–a reference to the fact that Baltimore’s majority-Black population spreads out on both sides of the coveted strip of real estate running down the center of the city like a butterfly’s wings–Lawrence T. Brown reveals that ongoing historical trauma caused by a combination of policies, practices, systems, and budgets is at the root of uprisings and crises in hypersegregated cities around the country.

But there is reason to hope. Throughout the book, Brown offers a clear five-step plan for activists, nonprofits, and public officials to achieve racial equity. Not content to simply describe and decry urban problems, Brown offers up a wide range of innovative solutions to help heal and restore redlined Black neighborhoods, including municipal reparations. Persuasively arguing that because urban apartheid was intentionally erected it can be intentionally dismantled, The Black Butterfly demonstrates that America cannot reflect that Black lives matter until we see how Black neighborhoods matter.